Camelot is a semi-dwarf wheat cultivar with a mature plant height of about 34 inches, which is similar to Millennium and about 4 inches taller than Wesley.

Goodstreak is medium in maturity about 1 day earlier than Buckskin and 2 days later than Pronghorn. It has a long coleoptile similar in length to Pronghorn and slightly shorter than Buckskin. The mature plant height of Goodstreak is 38 inches. It has moderate straw strength better than Arapahoe, Buckskin, and Pronghorn, but not as good as Wesley. The winter hardiness of Goodstreak is good to very good and comparable to other winter wheat cultivars adapted and commonly grown in Nebraska. Goodstreak is moderately resistant to stem and stripe rust and Hessian fly (better than Buckskin). It is susceptible to leaf rust and wheat streak mosaic virus. Goodstreak was evaluated as NE97465 in Nebraska nurseries. It was selected from the cross SD3055/KS88H164/NE89646. The pedigree SD3055 is ND604/SD2971 where ND604 is Len/Butte/ND526 and SD2971 is a Agent/3/ND441//Waldron/Bluebird/4/Butte/5/Len. The pedigree of KS88H164 is Dular/Eagle//2*Cheney/Larned/3/Tam107. The pedigree of NE89646 is Colt*2/Patrizanka. Goodstreak was developed cooperatively by the Nebraska Agricultural Experiment Station and the USDA-ARS and released in 2002 by the developing institution and the Wyoming Agricultural Experiment Station. Application for Plant Variety Protection is anticipated.

Pronghorn is a tall variety of moderately early maturity with good tillering ability and moderately strong straw. It has good yield stability in the Nebraska panhandle and dryland production areas in adjacent states. Yield is comparable to Buckskin with superior stem rust resistance. Pronghorn has a long coleoptile, very good early spring regrowth, and wood winter hardiness. The grain has good test weight patterns and very acceptable milling/baking qualities. Proghorn was developed by Nebraska and the USDA-ARS from the cross Centura/Dawn//Colt sib.

Settler CL is a hard red winter wheat cultivar developed cooperatively by the Nebraska Agricultural Experiment Station and the USDA-ARS and co-released with South Dakota State University and the University of Wyoming. Settler CL is a wheat that may be used as a component of the BASF CLEARFIELD Production System with Beyond herbicide for the selective control of jointed goatgrass, downy brome, and feral rye. Settler CL was released primarily for its superior adaptation to rainfed wheat production systems in Nebraska, South Dakota, and eastern Wyoming. It has also performed well under irrigation in western Nebraska and eastern Wyoming. 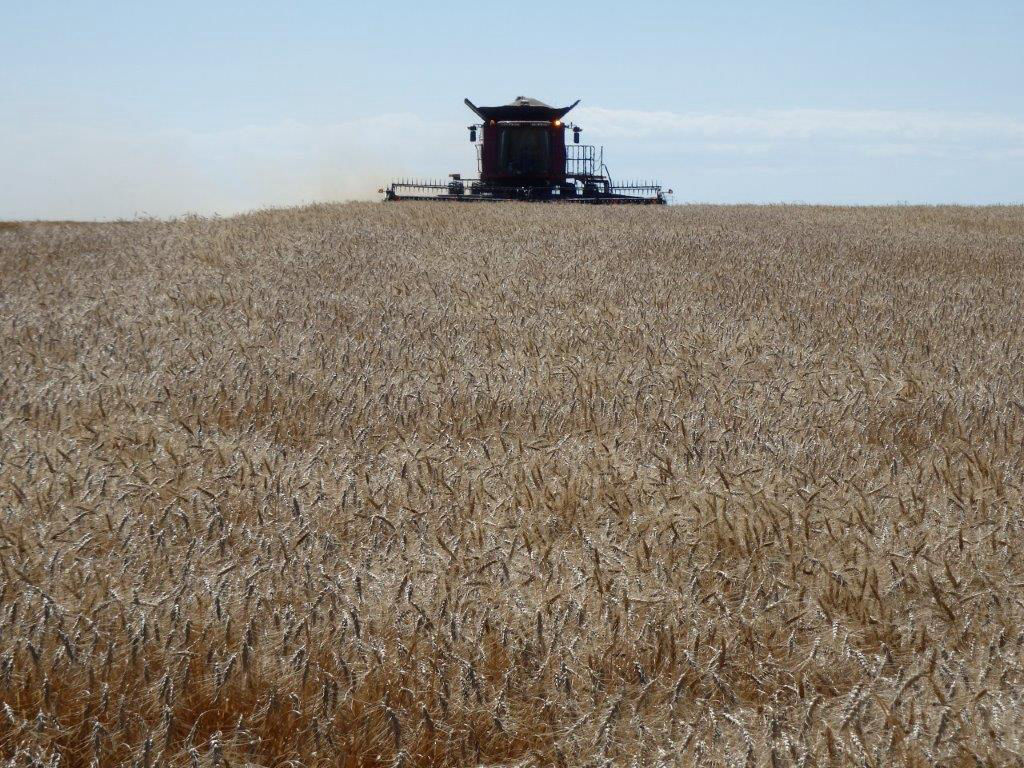 We are located in the southern Nebraska panhandle, 15 miles north of Sidney or the intersection of Interstate 80 and Highway #385 and 1 mile west of Gurley on County Road 111.